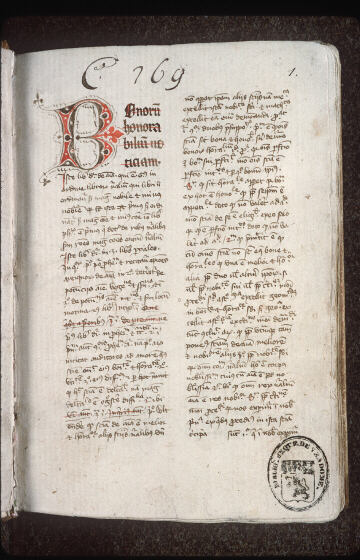 In the course of the discussion of touch of DA II 11(424a1-10), Aristotle intertwines the idea that αἴσθησις is a μεσότης and a claim about a ‘blind spot’ of touch (respectively AisthMesot and BlindSpot from now on). The first thesis is usually read as a statement about the physical ‘intermediacy’ of the sensory organ (to which the term αἴσθησις is supposed to refer) which is valid for touch, and somewhat extended to the other senses by reference to a physical condition of ‘neutrality’ that allows their sense-organs to be affected by opposite perceptible qualities in a certain range (such as sweet and bitter, or black and white). According to this view, the fundamental claim in AisthMesot is that the sensory organ of touch is a ‘mean’ between tangible properties, in so far as it is lukewarm rather than hot or cold, and of ‘medium’ consistency rather than soft or hard1. The connection established between AisthMesot and BlindSpot is unclear, but it is at any rate undisputed that Aristotle does in fact think that given a certain tangible quality F, it is impossible to perceive F by a F-sense-organ. In other words, we cannot perceive what is as hot (or cold) as the sense-organ by which we perceive temperature.

Well, I shall raise two problems for the standard reading of AisthMesot, and propose an alternative interpretation that attempts to solve them. The first of the two problems the standard reading of the passage has to face is an apparently irresolvable interpretive dilemma. As widely recognized, BlindSpot does not make sense in Spiritualism, since it implies that liability to be ordinarily affected by a certain perceptible F is required in order to perceive F. As I am going to argue, however, the rationale Aristotle offers for BlindSpot also entails a difficulty for the two alternative physicalist readings (the so called ‘Literalist’ and ‘Structuralist’ interpretations), in so far as it implies a problem of ‘acquired’ blind spots.

The second problem the standard reading has to face is the endorsement of the received understanding of the meaning of the Greek word μεσότης, which as I am going to show is seriously flawed and in need of reconsideration. According to the revised meaning of μεσότης I shall propose, the word indicates a ‘mediating balance’ between extremes that abides by a precisely defined logos. My proposal will thus pave the way for the further exegetical possibility that what is being described as a certain μεσότης is the perceptual activity (the sensation), rather than the state of the sense-organ or sense.

My thesis is that by AisthMesot Aristotle describes perception as a physiological homeostatic process of counterbalancing’ – and thus measuring – the affection perceptible objects exercise on sense-organs. The introduction of the thesis in connection with the blind-spot phenomenon is not at all casual, and rather hints at an advantage of the physiology Aristotle proposes: postulating a homeostatic process that secures the preservation of the physical condition making sense-organs receptive of certain affections and able to perceive accurately, thus avoiding the ‘Acquired Blind Spot problem’.